At the Church of the Holy Spirit the music ministry is an important part of the worship life of the parish, and maintains a reputation for excellence in music in the greater Louisville area. The parish is blessed with a sanctuary possessing vibrant acoustics for music. Additionally, the Church of the Holy Spirit has maintained a tradition of dedicated leadership by ministers of music prominent in the field of sacred music.

The Spirit Singers, our parish choir, sings for the 10:00 AM mass on Sundays. The choir season begins the week after Labor Day and continues through June. The last Sunday is typically the Solemnity of the Most Holy Body and Blood of Christ. Rehearsals are every Wednesday, 7:30 – 9 p.m. in the choir loft of the church. The Singers also sing on occasion for special liturgies and concerts during the choir season. If you love to sing and think you would enjoy learning a varied repertoire of sacred music, consider joining us! There is no audition required to participate in the Spirit Singers.

The Spirit Ringers, our English hand bell ensemble, has openings for interested ringers ages 14-adult. Interested persons should be able to read music at a basic level, both treble and bass clef. Rehearsals are every Wednesday 6 – 7 p.m. in the church choir loft. The Spirit Ringers ring once a month during the 10 a.m. Sunday Mass, plus occasional extra liturgies.

Our youth music ministry consists of young instrumentalists and singers who participate on occasion in the 10 AM Sunday mass.  These young musicians are drawn from both the parish and the school. The ministry begins after Labor Day and continues through the school year.

The Church of the Holy Spirit offers an annual concert series consisting of three to four concerts per year. Guest artists include prominent organ recitalists who perform on the Rev. Joseph McGee Memorial Pipe Organ, as well as chamber music concerts and performances by touring vocal ensembles. The church frequently hosts performances by the Louisville Master Chorale. 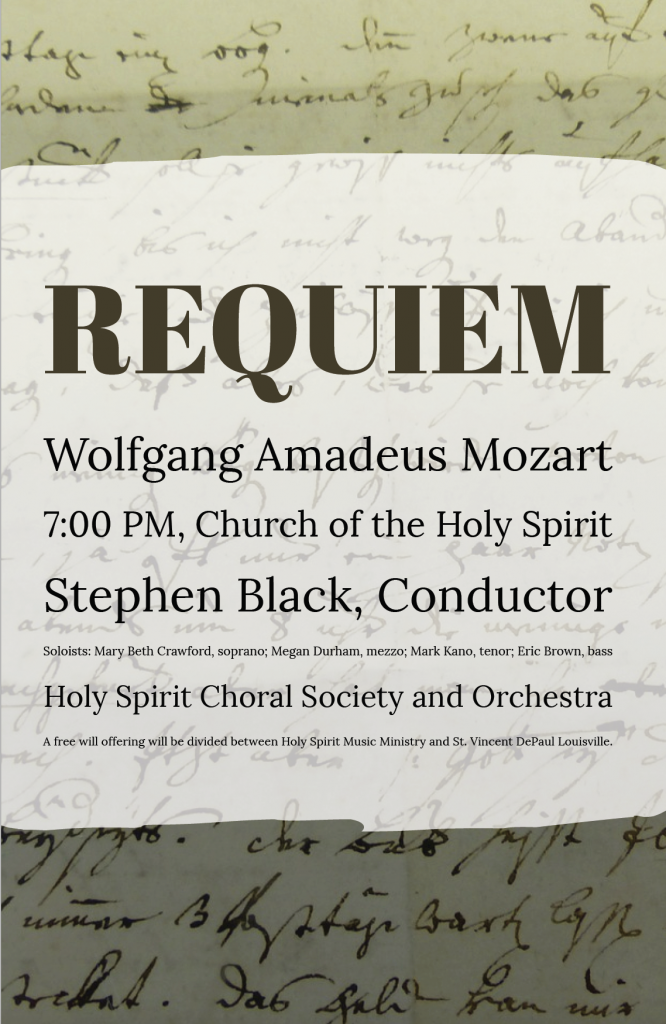 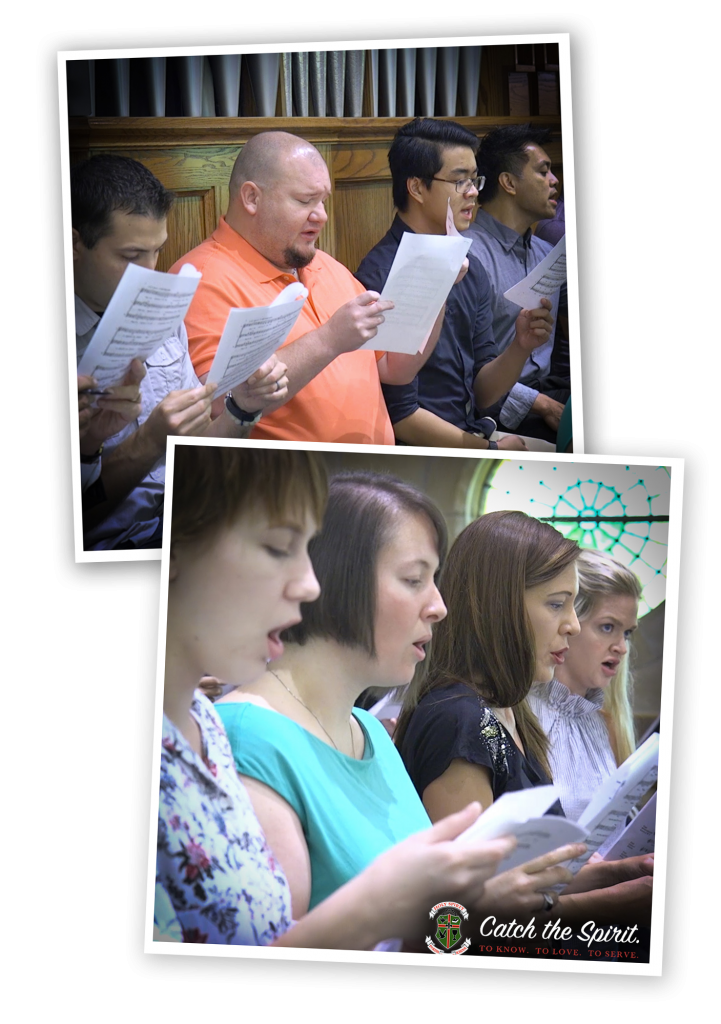 Dr. Stephen Black, Director of Music, is an accomplished organist and choral conductor. In 1999 he was one of six finalists in the American Guild of Organists Young Artist Competition and is a winner of the Charles Ives Prize from the Yale University School of Music. For eleven years Dr. Black was the Director of Music at St. Joseph’s Church Yorkville in Manhattan, the German national church of New York City. He and the parish choir of St. Joseph’s provided music for the visit of His Holiness Pope Benedict XVI to the historic parish in April 2009. He has played recitals in several notable venues throughout the United States, including the great organs of Washington National Cathedral; St. Patrick’s Cathedral and St. Thomas Church Fifth Avenue in New York City, and Longwood Gardens in Pennsylvania.

Dr. Black enjoys an active and versatile career as a choral conductor and has conducted numerous choirs in over fifty concerts in New York City and Los Angeles alone. His orchestral/choral repertoire includes the Requiems of Brahms, Fauré and Delius, as well as several large-scale works of J. S. Bach. He is an active promoter of new music, and has presented several premieres in concert, including the NYC premiere of Carol Barnett’s The World Beloved: A Bluegrass Mass. He has served as Artistic Director of the Amuse women’s chamber choir, the Central City Chorus, the Brearley Singers, and the St. Joseph’s Singers, all in New York City. 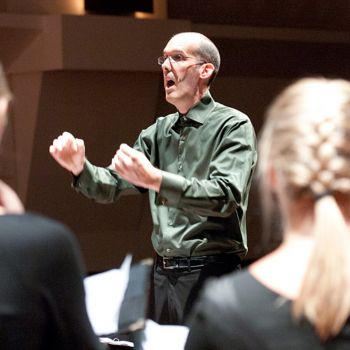